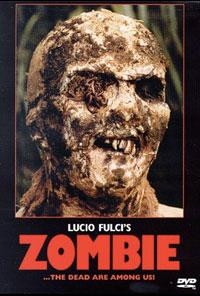 R
Zombie on the big screen and you get to see that splinter in the eye seen bigger than life itself. Something is causing the dead to rise on an island in the Caribbean and really you only need to know that this is the greatest zombie film made outside of Romero's original "Night, Dawn, Day" trilogy, oh yeah and a zombie fights a shark in an underwater battle filmed between a stuntman and a real shark. This is absolutely a must see event.